Roads and traffic have been shown to have multiple negative effects on ecosystems for example through traffic noise, road kills of animals, isolation of populations and loss of habitat. These negative impacts are however difficult to quantify.

﻿A paper just published in Landscape Ecology presents a new methodology for the assessment of disturbance through roads and traffic. The so-called SPatial ROAd Disturbance Index, short SPROADI, is based on a spatial assessment of road density and corresponding landscape fragmentation as well as traffic intensity.﻿ 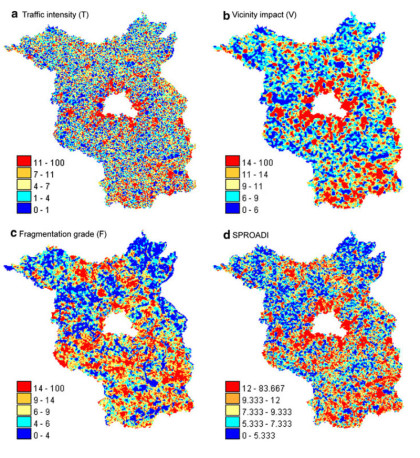 The methodology is applied to a case study region, the Federal State of Brandenburg in northern Germany, which has a relatively high density of roads and traffic: The study led by a team from the Centre for Econics and Ecosystem Management, Eberswalde University for Sustainable Development and Writtle College in the UK, was carried out as part of the ‘Roadless areas initiative’ of the Europe Section of the Society for Conservation Biology.

The conservation of roadless and traffic-poor areas is an important strategy for safeguarding the functioning of ecosystems, which, in turn, maintains resilience in the face of climate change and secures the long-term provision of ecosystem services. “Ecosystems that have a higher level of disturbance are generally less capable of dealing with perturbations and to adapt to environmental change,” says Professor Ibisch, senior author of the study and Professor for Nature Conservation at the Eberswalde University for Sustainable Development in Germany.﻿ 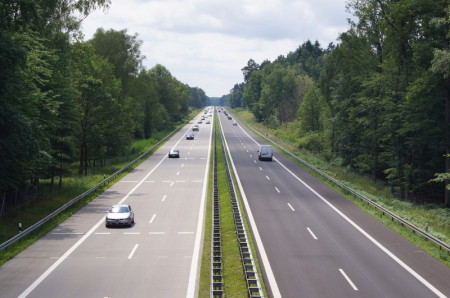 Schorfheide-Chorin Biosphere Reserve in Brandenburg, Germany: A major motorway from Berlin to the Baltic Sea cuts through the largest area of close-to-nature beech forest in European lowlands (photograph: Pierre Ibisch).

The findings produced for the Brandenburg case study suggested managed forests, in particular pine plantations, suffered the greatest fragmentation from roads after urban areas. The explanation given in the paper alluded to the extent of past and current commercial use of forests notwithstanding the national statutory protection status given to tree-covered landscapes. The study also revealed little difference in road disturbance between protected areas and surrounding non-protected landscape. The findings of the study point to certain weaknesses in existing criteria used for planning and prioritising sites for conservation, and call for a revision of the environmental indicators used in the process, which could include measures of road disturbance.

﻿Roads can trigger a cascade of environmental disturbances in landscapes. Previously undisturbed areas become accessible for hunting, deforestation, spare time activities, the building of houses or further infrastructural development once roads are established. “We hope that SPROADI can be applied in different countries and areas of the world to provide a quantifiable measure of the negative impact of roads. The research produced in this project is intended to contribute to the conservation of road-less areas worldwide.” says Lisa Freudenberger. The study has been produced as part of her doctoral thesis.﻿

Text and photographs for free use 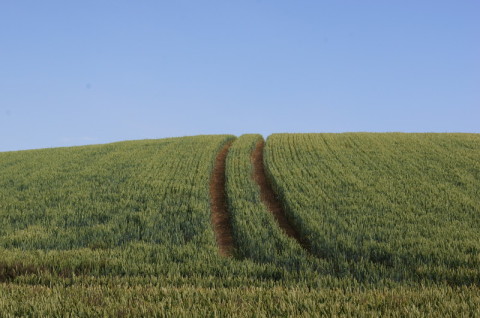 Some vast agricultural landscapes are relatively undisturbed by roads, which, however, does not indicate a good conservation status of biodiversity, nor the absence of traffic (photograph: Pierre Ibisch).