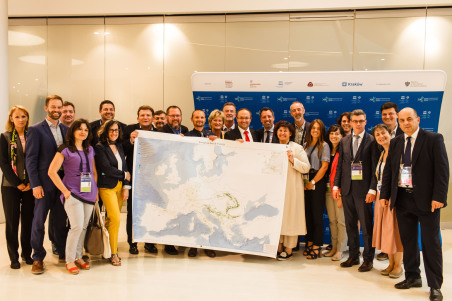 YOU ARE FREE TO PUBLISH THE PICTURE BY CREDITING THE AUTHOR AS STATED BELOW. Copyright: fot. Bartłomiej Banaszak, Narodowy Instytut Dziedzictwa. Please notify media(at)41whckrakow.pl if you use the picture.

Ancient and Primeval Beech Forests of the Carpathians and Other Regions of Europe: list of component parts across the 12 countries
List component parts _ revised July 2017[...]
PDF-Dokument [67.6 KB] 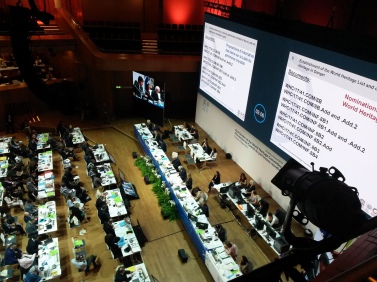 In 2007, UNESCO had inscribed a number of primeval beech forests in Ukraine and Slovakia. This limited series was extended in 2011 with five beech forests in Germany. The World Heritage Committee, presently in session in Krakow (Poland), has completed the series with beech forests in Albania, Austria, Belgium, Bulgaria, Croatia, Italy, Romania, Slovenia, Spain and Ukraine.

The extension that has been approved is the result of an international research project that was launched in 2012 and funded by the German Ministry of Environment. Initially, well-preserved beech forests in Europe were mapped and classified by a team of international experts. Location, soil condition, climate, genetic diversity of beech trees etc. were all taken into account. Based on these elements, Europe was subdivided into 12 regions each representing characteristic geomorphological, climatic and land cover conditions. Once this process was completed the team of experts undertook a systematic review of beech forest sites across the region based on strict criteria relating to ecological integrity and state of protection. The intention was to submit to the World Heritage Committee the very best of the forest sites with the expectation that they would be nominated for World Heritage status. During the selection process it was also defined which countries would participate in the nomination process.

The Centre for Econics and Ecosystem Management, a partnership organization between Eberswalde University for Sustainable Development and Writtle University College, was commissioned to implement this work; coordinating with more than 120 experts from more than 20 countries. At the end of the selection process Austria volunteered to lead the nomination process, technically implemented by E.C.O. in Austria.

A European Beech Forest Network as result of screening process

Over the last six years the number of experts contributing to the work carried out by the team has grown, and most recently, has led to the establishment of a real network: the European Beech Forest Network. The overall goal of the European Beech Forest Network is to build and grow a platform of interested parties to develop and share knowledge and experience with the expressed intention of influencing policy, management and overall protection of the European beech forest ecosystem – with a special emphasis on old-growth forests in wild and wilderness areas.

The screening process has been explicitely acknowledged in the decision of the World Heritage Committee made in Krakow.

This Austrian video produced for supporting the nomination explains the rationale and the components of the World Heritage Property now inscribed as 'Ancient and Primeval Beech Forests of the Carpathians and other regions of Europe'. 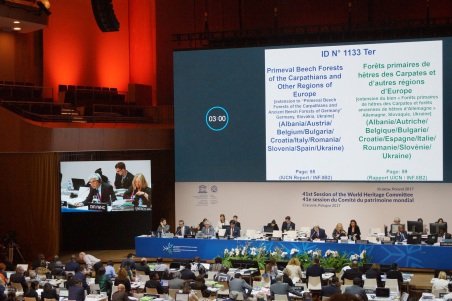 In the afternoon of 7 July 2017, the World Heritage Committee in Krakow discusses the proposal for the extended serial World heritage Property (photo: P. Ibisch) 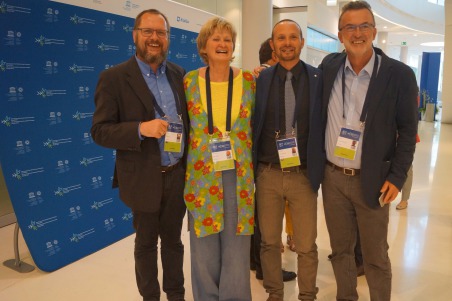