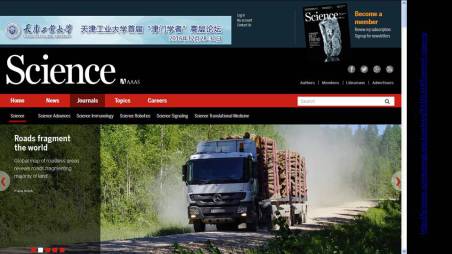 A global map of roadless areas and their conservation status

A major milestone of our research is the publication of a global map of roadless areas in Science.

The new global map of roadless areas shows that the Earth’s surface is shattered by roads into more than 600,000 fragments. More than half of them are smaller than 1 km2. Roads have made it possible for humans to access almost every region but this comes at a very high cost ecologically to the planet’s natural world. Roads severely reduce the ability of ecosystems to function effectively and to provide us with vital services for our survival. Despite substantial efforts to conserve the world’s natural heritage, large tracts of valuable roadless areas remain unprotected. The study shows that the United Nations’ sustainability agenda fails to recognize the relevance of roadless areas in meetings its goals.

“Landscapes have changed dramatically in the last fifty years as a result of a combination of factors including human population growth and rapid technological advancement. The rapid shift from natural ecosystems to cultural landscapes has introduced novel feedback processes with unexpected consequences (Ellis and Ramankutty 2008).

A main contributing factor to this transformation has been the sudden increase in the scale of human mobility helped by the development of transport infrastructure throughout the the 20th century. An increase in roads has enabled communities to rapidly expand into previously remote or inaccessible areas, thus ‘scaling up’ the level of human disturbance on ecosystems (e.g. Jaeger et al. 2007, Selva et al. 2011). The effects of roads on biodiversity are cumulative, time-lagged, complex and often irreversible (Selva et al. 2011) …. “ (extract from Freudenberger et al. 2013). 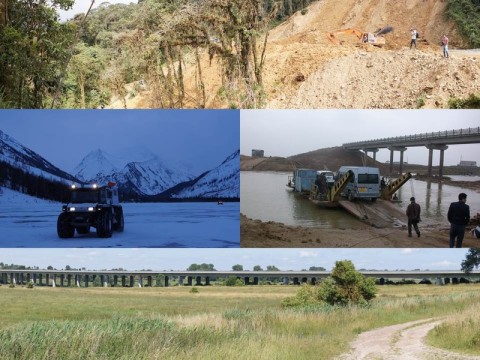 Together with a group of researchers affiliated to the Policy Committee of the Europe section - Society for Conservation Biology we carry out studies on roads and roadless areas, and their significance in biodiversity conservation. Our project is part of the roadless initiative of the mentioned Europe section (compare e.g. story about the initiative by Nuria Selva).

We especially focus on conceptual and methodological development. In a first paper, for Europe, we have proposed roadless areas as conservation targets in their own right.

We have developed a spatial index for the quantification of road impacts (SPROADI method).

After first analyses presented at the International Congress for Conservation Biology in Baltimore (ICCB 2013), we produced the global map of roadless areas published in Science.